It was a quietly satisfying moment to enter the theatre on the opening night of Mauri and see the pride of so many brown faces. I am very proud to have made something for us, so relentless and uncompromising, and for me it was another brief fulfilled.
– Merata Mita in Deborah Shepard's 2000 book Reframing Women 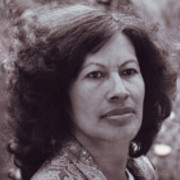 Made in association with the NZ Film Commission and Radio Hauraki

Original musc and performance by Amokura Behind the scenes on Mauri

Doco on restoring the mauri of a degraded Northland lake

Merata Mita features as an actor Merata Mita discusses her journey as an artist in this Trailer for a film about Mauri's director Merata Mita Another feature directed by Māori women