In the 1980s, video cameras were becoming all the rage for family videos and amateur filmmakers. After buying one in 1981, Gaylene Preston gave herself a "homemade film course" with her bulky new Panasonic VHS camera. She made experimental work, and many home videos. This video is of Preston's longtime friend, actor and artist Shirley Grace (née Gruar) at home in Pakiri, a small beach town north of Auckland. Filmed in January 1983, the video, edited by Preston as she filmed, sees Grace at the washing line, hanging clothes, as the sound of jazz and birdsong fills the air. Grace died in January 2000 of breast cancer, at age 51.

There's actually quite a skill in hanging out washing, and I say that in all seriousness.
– Shirley Grace Shirley Grace features in this film about breast cancer 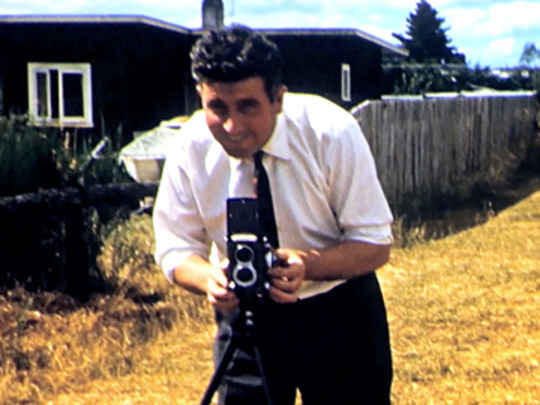 A music video with a home movie feel Another home video from Gaylene Preston