This video from Gaylene Preston, shot on her VHS camera, captures an anti-nuclear protest four years before Aotearoa officially went nuclear-free. The footage documents a large team creating dozens of papier-mâché masks and costumes, led by artist Debra Bustin. While listening to Elvis and Johnny Cash, they prepare for a march on 10 August 1983 against the visit to Wellington of nuclear-powered missile cruiser USS Texas. Later there's extended footage of protestors holding handmade anti-nuclear signs, and parading puppets of Robert Muldoon, Ronald Reagan, and the Statue of Liberty wielding an atomic weapon.

What to do in case of a nuclear accident: Kiss your children goodbye.
– Poster on the wall as the protesters work on their costumes An anti-nuclear song first released the year before this Documentary on Aotearoa going nuclear-free in 1987

Documentary on efforts to make the Pacific nuclear-free

A dramatisation of NZ's move to going nuclear-free 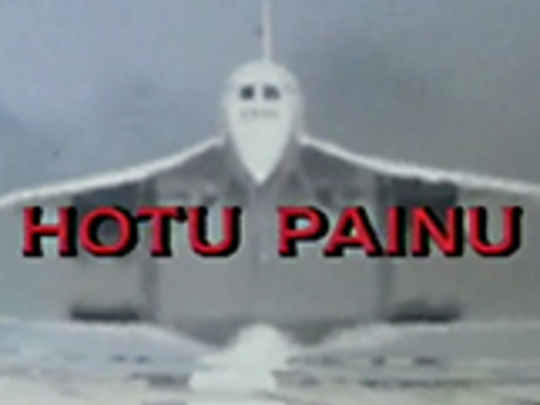 A look at French nuclear testing on the Pacific A visit to the abandoned nuclear power plant in Chernobyl