Hosted by Francis Kora, this episode of The Gravy is the story of musician and anti-apartheid activist Tigilau (Tigi) Ness, who in the 1970s joined the Polynesian Panthers movement in Auckland. Ness, the father of musician Che Fu, recalls his childhood in central Auckland and troubled times with the 1974 dawn raids and protests during the 1981 Springbok rugby tour, for which he served nine months in prison. The episode also tells the story of his musical life in reggae bands such as Unity Pacific. Meanwhile animated segment The Truth takes a look at lambs.

The Polynesian Panthers wasn’t a gang. Our main aim was to help our people.
– Tigi Ness 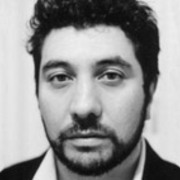 Ness was influenced by the Keskidee tour Documentary on the Polynesian Panthers