This edition of the New Zealand history series looks at the beginning of World War II. With war declared in 1939 NZ faces the new decade with a call to arms. Presenter Bernard Kearns explains how Kiwis mobilised and set sail for the Middle East, before being sent to Greece and Crete where overwhelming German superiority sent them into retreat. Prime Minister Peter Fraser explains the defeat to New Zealanders in an NFU newsreel filmed in Egypt. The contemporary footage also shows the victory at the naval Battle of the River Plate and looks at some Kiwi war heroes.

The ship’s company continued to go to action stations and I can remember a signalman dashing past my torpedo tubes calling ‘Make way for the Digger flag’ because this was the first occasion that New Zealand ensign had ever been flown on a warship in a battle.
– Fred Connew, HMNZS Achilles The NFU newsreel series that some of this archive footage...

A Years Back episode about the preceding decade

The story of a Kiwi war hero 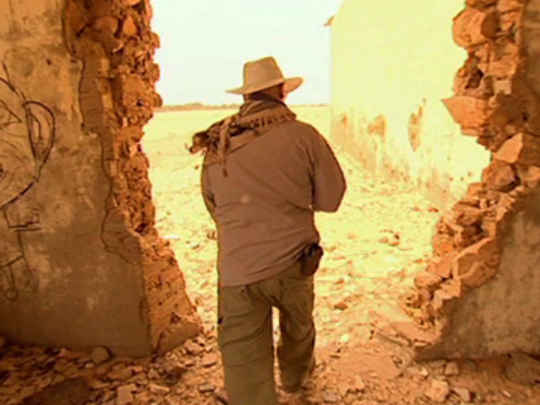 Memories of war on the Pacific Ocean More of NFU Soundman (29 minutes in)