from the album Take A Chance (1988)
Add to watchlist
Share

After ten years performing together, Ardijah released their debut album Take a Chance to platinum sales — and a 1988 NZ Music Award for Most Promising Group. One of three Top 10 hits off the album, 'Time Makes a Wine' is punctuated by a bright colour palette. Silhouettes, smoke and an upright bass add to the video’s visual appeal. A few questionable hairstyles aside, it’s the animation, reminiscent of classic a-ha video Take On Me (and only a couple of years after), that proves the most eye-catching. The song — and the band —  featured in 1986 movie Queen City Rocker. Ardijah started life as a covers band in Auckland in... The song featured in this film 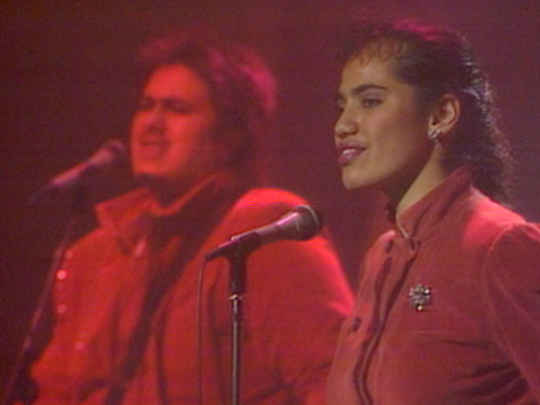 Ardijah perform their song ‘Watchin' U’ (38 minutes in) Another Paul Middleditch music video from the same period A documentary about a Kiwi winemaker