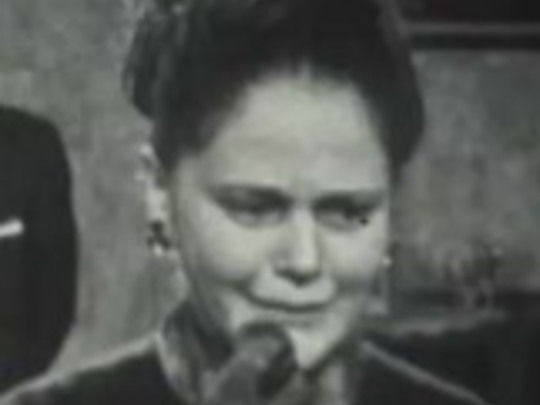 The 60s - From someone who wasn’t really there They say if you can remember the 60s you weren't really there. This was the decade that gave New Zealand miniskirts, teenagers — and television.  But our little world of broadcasting didn't talk about sex, seemed to be devoid of drugs (at least I never saw any), and there wasn't too much rock 'n' rolling going on.  It was simple, unsophisticated  and a bit prudish, but at least we can remember it — and I'm pretty sure we were there.

I arrived in Wellington in the mid-60s as a cadet journalist on The Listener, and moved into a flat that actually had a TV set. Forget radio, forget Aunt Daisy, The Archers and Dad and Dave.  This was black and white nirvana, with exotic images, picture ghosting and distortion. It could be viewed only in almost total darkness. Magic. And magical to become part of that world a couple of years later.

Television started slowly here, but it started at the beginning of the decade. AKTV-2 went to air on 1 June 1960 with imported programmes and two live studio segments: Ian Watkin interviewing a visiting ballerina, and entertainment from the Howard Morrison Quartet.

The Quartet was huge. They toured, they made records, they immortalised Ten Guitars. Howard was the biggest name in New Zealand show business and most of the female population was in love with him.

Director John O'Shea was canny enough to cast Howard as himself in the film Don't Let It Get You, a musical featuring New Zealand pop singers and intriguingly clunky acting. Kiri te Kanawa made an appearance and Harry Lavington hammed it up as the bad guy. Harry later played Ken Paget in Close to Home. But wait, that was the 70s and we haven't got there yet.

There was little local television drama before the 70s. Until 1967 the score was roughly one play every two years. Bruce Mason's The Evening Paper, a 'kitchen sink' drama, was the first three-act play to be produced in the old Waring Taylor Street studios. The production bears little resemblance to the grit and glamour of modern drama.

But back to the music. Once a week Studio One transformed into the set of a programme called – Studio One. Neville Chamberlain ('Cham the Man') was the host and introduced acts like the hugely popular Shevelles ("Three Maori girls from Porirua ... Your husbands don't mind you performing, do they, girls?"). We much preferred C'mon — brash, loud and hyperactive, with insane dancing and performers like The Chicks, Shane and Ray Columbus. Excellent teenage music, generally loathed by our parents.

Graham Kerr, a former British air force chef, cooked up a storm in programmes like Thyme for Cookery and The Graham Kerr Show and became almost as famous as Howard. He answered penetrating audience questions about new ways to cook cabbage. When recording finished, presenters and crew from all parts of the building would descend like locusts on the studio and scoff everything in sight.

Initially in the 60s there was little or no New Zealand news on television. Three times a week a compilation of overseas news would screen, with the occasional local item. It wasn't until 1962 that the newly formed NZBC established a national radio and television news service.

The arrival of the local magazine programme Town and Around in 1966 brought items ranging from serious studio interviews, to collections of garden gnomes, to outright slapstick. We filmed on something called 'single system', where the sound track ran down the side of the film strip — but for technical reasons the sound was recorded one and half seconds seconds after the picture. This led to some bizarre editing, but the viewers, who'd never seen their own towns and people on television, were endlessly forgiving of our amateur efforts.

And amateur they were. Most of us young reporters had no training whatsoever. We directed our own film items, and if it hadn't been for the tolerance and skill of the camera and sound men (no women, note) much of the stuff we shot would have been unscreenable.

Looking at these old programmes two things strike me: the smoking and the accents. Catherine Saunders (nee Dowling) observed recently that we all sound much more Kiwi these days. I wasn't convinced, because the accents of our former colleagues are still quite 'English'. But then I heard Cathy on a Town and Around clip and I had to agree. In the 1960s, New Zealand women all talked like the Queen!

The smoking was another thing. Smoking was cool, smoking was sophisticated.  We posed with cigarettes, we smoked anywhere and everywhere — in offices, on planes, in shops, in hospitals for goodness sake. Even our greatest athlete, Peter Snell , worked for Rothmans. Check out Fred Barnes smoking a pipe in the studio as he presents Country Calendar. Check out Howard Morrison lighting up a cigar in Don't Let It Get You. And check out the clothes, the hairstyles and the make-up. 1960s chic!

Yes, we were there all right. And even if my memory of that era is as flawed as Maurice Chevalier's in Gigi, I remember it well — and with a good deal of affection.