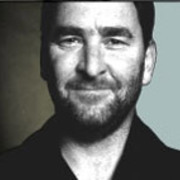 Games 74, the National Film Unit's rebellious documentary about the 1974 Commonwealth Games, opens with a sweeping aerial shot of New Brighton beach, the broad, bright streets of the seaside suburbs and the new, purpose-built stadium at QEII Park. The place looks ready.

It's jarring, then, to remember that in 2012 those streets have been ravaged and the stadium — the site of a string of great national moments — is condemned as a consequence of Christchurch's earthquakes.

Such a feeling of loss winds through this collection. Along with every dissolving piece of the physical structure of Christchurch, so has gone a chunk of the city's cultural history. Nowhere more so than in Lyttelton, the scene of a 1996 Heartland programme, in which Matt Bowkett's photography captures the port town's architectural heritage in a way that seems far more important now than it did then.

One of those buildings, the old British Hotel in Oxford Street, has a special resonance for the me who was a teenager in Christchurch. It was where we'd go and see a band called the Androidss play. They'd always do the Velvet Underground's 'Sister Ray', a song about sailors, transvestites and moral sensation. No place in the nation reflected that song in reality more than The British. In the 1960s, its owner even took over an adjoining building (later the Lyttelton Times café) and made it into one of New Zealand's first gay bars.

Christchurch's musical heritage has, indeed, suffered badly. The Civic Theatre, where Hello Sailor's performance of 'Gutter Black' was captured, did not survive the February 22 earthquake. The alley adopted as a location for the Bilders' whimsical Do the Alligator video is in the CBD Red Zone's death row.

The city's culture — informed both by the orderly Englishmen who became its landed class and the unruly Irish who arrived soon after — has always fancied itself a little different. Certainly, the producers of Pop Co, made in the NZBC's Christchurch studios in the 1970s, regarded themselves as the edgy cousins of the people who made the more family-friendly Happen Inn in Auckland.

The city has left its mark on our cultural heroes in other disciplines. Allen Curnow, profiled in Shirley Horrocks' Early Days Yet, attended Christchurch Boys High School, and returned to the city to find his muse, initially working at The Press newspaper (another place left only in memory), and falling in with the poet and printer Denis Glover and the painter Rita Angus, whose own story of place was told in Gaylene Preston's Lovely Rita.

But this collection isn't only about life before the earthquakes came. It also contains the city's own response to the shattering trauma that befell it.

New Brighton musician Blair Parkes' short film, Chimney Book, literally rose from the rubble. Parkes took individual bricks from his ruined chimney, painted a text character on each, then photographed and scanned them to create a typeface to help him create a haunting personal diary through the film. It conveys an individual sense of how one family felt and feared in a way that news reports could not.

Gerard Smyth's feature film When A City Falls is more recognisable as documentary, but it is also far, far from the jostle of the news cameras. When journalists from all over the world were toured through the ruined CBD in a bus after the February quake, Smyth watched them go by his inner-city home.

As a resident, he captured what was around him, the view from street level; the "people's story" as he puts it in the Media7 Christchurch special that profiles him, the founders of Canterbury University's CEISMIC archive, and the citizens behind the minor miracle that is the "book fridge".

When A City Falls brings us up close to the human reality of the earthquakes. It also shows the face of a changing — and in some cases disappearing — city. In decades to come, New Zealanders will be able to look at this remarkable film and see — just as they can now in those opening minutes of Games 74 — a place whose face has changed.