Cast in the main role just three days before filming began, James Rolleston proved a screen natural as star of box office sensation Boy. Aged only 11 at the time, the Ōpōtiki teen was nominated for a Qantas Best Actor award for his work. Two more starring roles followed in 2014: the son of a Māori chieftain in the Toa Fraser-directed Dead Lands, and an award-winning turn as a troubled teen in acclaimed chess and gangs drama The Dark Horse. Rolleston went on to co-star in a remake of car chase classic Goodbye Pork Pie, then acted in hit film The Breaker Upperers, TV comedy Golden Boy, and an adaptation of Eleanor Catton novel The Rehearsal.

He just launched himself into it, he was so enthusiastic about it. Boy director Taika Waititi on James Rolleston, in The Sydney Morning Herald, 10 August 2010 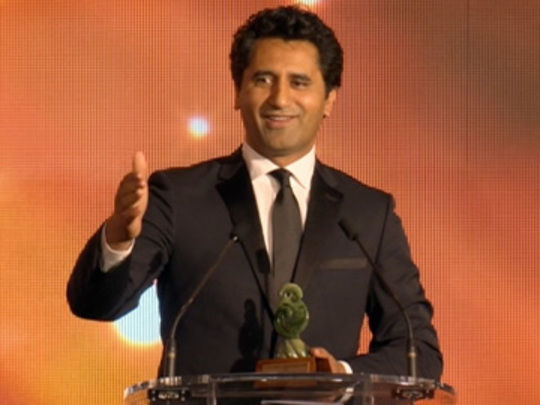