The Breaker Upperers is the tale of two women whose business is ending other people's relationships. Leading both the cast and the filmmakers are Madeleine Sami (Super City) and Jackie van Beek (What We Do in the Shadows). Sami's character finds herself falling for a teen (James Rolleston) who needs to dump his girlfriend. The film began winning acclaim after debuting at US festival South by Southwest, in March 2018. It had a successful New Zealand cinema release, and was purchased for screening by Netflix. The impressive cast includes Rima Te Wiata and Rose Matafeo.

a hilarious and heartfelt ode to female friendship ... van Beek and Sami flesh out their premise with more than just gags, turning the tables on society’s expectation that romance is the path to happiness. Beyond the ample break-ups, the film offers a considered but always comic exploration of finding fulfilment in other ways. a too-neat third act, but it wins hearts and hearty guffaws along the way..
– Reviewer Sarah Watt in Screen Daily, 8 June 2018 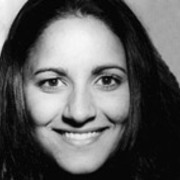 Another anti-romantic comedy from 2018

Madeleine Sami acted in this

James Rolleston also acted in this

A short starring in and directed by van Beek Madeleine Sami created and starred in this TV series Short film about a community cop Karen O'Leary plays another cop in this comedy Jackie Van Beek also wrote and starred in this comedy Ana Scotney stars in this feature The Sex Life of Us - Part Two Another feature produced by the same team