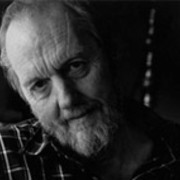 Designer and art director Lyn Bergquist has been involved in the screen industry since 1974, when he began working for TVNZ in Wellington on drama programmes and music shows. Five years later he moved to Auckland and began specialising in commercials, through his company The Art Department Ltd. His feature credits as a production designer include Russian Snark and Orphans and Kingdoms.

It was great to have a steady hand at the tiller in the art department. Years of experience meant that he could achieve terrific effects very efficiently and economically. Russian Snark producer Liz DiFiore on Lyn Bergquist