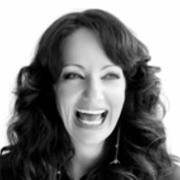 Journalist turned filmmaker Pietra Brettkelly has travelled to Anakiwa, Afghanistan and the Arctic Circle, directing both television and feature-length documentaries. The Sundance-selected The Art Star and the Sudanese Twins won awards in four nations. Her 2019 fashion feature Yellow is Forbidden was selected for New York's Tribeca Film Festival; it was the first Kiwi film to screen in the festival's main competition.

Tell stories that affect you, that you can identify with, and then they will resonate with an audience. Also talk to every person you sit next to on a plane — you can never predict where your next inspiration will come from. Pietra Brettkelly, in an 18 July 2008 interview with The Big Idea