In this full-length Intrepid Journey, Paul Henry brings his straight-talking style to Tibet. Entering Tibet after three days in Kathmandu, Henry encounters dodgy plumbing and the occasional surveillance camera, though he finds a certain romance in the dirt. Henry makes no effort to hide his feelings on yak butter tea, fights altitude sickness en route to Mount Everest base camp, and visits Potala Palace — ex home to the Dalai Lama, now "a mausoleum to old Tibet". For Henry, now is the best time to visit, because "Tibet is being snuffed out. This is just going to be another corner of China."

I'm very grateful that I've come and seen this, because unlike some countries it's not a work in progress, it's a work in destruction. Tibet is being snuffed out.
– Paul Henry reflecting on his trip to Tibet A documentary visiting buddhists in Tibet Documentary about former inhabitants of Nepal Paul Henry in a TV studio Another funny guy on an Intrepid Journey 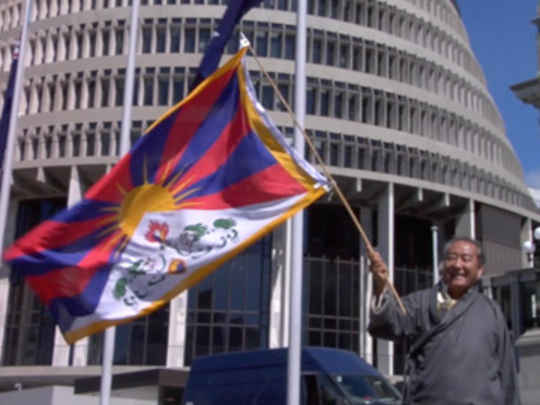 A doco on a Tibetan exile in NZ