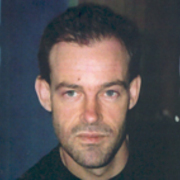 Stewart Main has directed dramas, often with a gay theme, documentaries, and at least two films (God, Sreenu and Me, Captive State) which lurk between truth and fiction. His work is characterised by an attention to expressive imagery and editing.

Main boned up on filmmaking by working in varied jobs both on set, and in the editing suite. He was an assistant editor on early classic Sleeping Dogs, and worked as a boom operator (the boom is the telescopic arm used to record dialogue) and assistant director on a number of shoots. In 1980 Main played a major creative role on car short Queen Street, including co-writing the script with director Martin Blythe. Three years later he directed Race against Time, a documentary about racism in New Zealand.

By now Main had met and moved in with longtime collaborator, writer/filmmaker Peter Wells. Main edited a number of Wells' early short films, starting with 1980's Foolish Things. The two shared a mission to portray an authentic gay sensibility on film. In 1985 they collaborated on gay coming of age tale My First Suit. The teleplay was part of the About Face anthology series, made to showcase emerging talents. Directed by Main from a Wells screenplay, the film displayed a light, confident touch.

The following year the pair co-directed the 50-minute A Death in the Family, one of the first dramas to examine the tragedy of Aids. The film won multiple international awards. Main also brought his editing skills to two Wells-directed films that mixed architecture and flamboyant imagery, The Newest City on the Globe and The Mighty Civic.

In 1993 they co-directed their first feature film Desperate Remedies. The period melodrama featured a showstopping performance by Jennifer Ward-Lealand. Said Main at the time: "We were after the heightened reality of melodrama. And the great melodramas offer a kind of release ... you start off laughing and then end up crying, deeply moved, almost ashamed in a way to be so seduced by something your logic resists. This is what makes melodrama so enjoyable."

Many viewers agreed. Desperate Remedies quickly sold to more than 25 countries. Screen International praised it as "an exuberant Victorian bodice ripper", while Variety's David Stratton noted the enthusiasm of early audiences at the Cannes Film Festival, and called it "a feast for the eyes and eyes". Reviewers for The Dominion and North and South both praised the film for staking out new ground from Kiwi realist traditions.

In 1996 Main directed Sunday TV drama One of Them!, adapted by Wells from his own novella. The film tells a tale of two 60s teens coming to terms with their sexuality, in the days before gay liberation.

Main has also directed a number of other projects solo. Among them are Captive State (1986). Using actors to recreate real events, Main sought to expressively link torture and human rights abuses in east Timor, with political apathy back home. Make or Break (2003, aka The Magic Within) chronicles a theatre course for troubled teens run by actor Jim Moriarty. The feature-length TV doco won an NZ Peace Foundation award.

Perhaps the most unusual of these films is God, Sreenu, and Me (2000). Made for TVNZ series Work of Art, it playfully chronicles a search for spiritual meaning during a year Main spent in India (director Andrew Bancroft writes about the film here). Writing in Australia's Metro magazine, John Hughes called it "ironic, playful and true".

Another recipient of high praise was 35mm short Twilight of the Gods (1995), which featured rising talent Marton Csokas. Shot in black and white, this erotically-charged fable followed an encounter between a Māori and a Pākehā warrior. Invited to a number of international festivals, it was an award-winner at France's Amiens Film Festival, and was nominated for best short at Berlin, one of Europe's key festivals.

Main completed his first solo feature in 2005, although he'd begun working on the script years before in India. Based on the novel by South Islander Graeme Aitken, Main has described 50 Ways of Saying Fabulous as a film that "celebrates difference and being true to one's self". He and cinematographer Simon Raby battled inclement weather to capture this serio-comic coming of age story, based around a 70s-era farmer's son imagining himself some place very different to Central Otago.