Popular consumer affairs show Fair Go is one of New Zealand TV's longest-running series. This episode — presented by its longest serving host, Kevin Milne — looks back at 30 years and 860+ shows of Fair Go. Amidst regular Fair Go stories, there is a flashback to the 1977 debut of original host Brian Edwards; retro segments on soapbox rights in Christchurch Square, blocked gutters, and neighbours at war; a 1982 spoof on the struggle to open screw tops on soft drink bottles; and a 1980 survey of NZ's most untrustworthy occupations (lawyers, car dealers).   Contact Fair Go here.

Producer Chong-Nee has worked with Che Fu, Deceptikonz, Dave Dobbyn, PNC and Dei Hamo (with whom he co-wrote number one hit 'We Gon Ride'). Of Samoan-Māori-Chinese descent, Matakite John Chong-Nee stepped out from behind the decks in 2006 to release his debut album Just Getting By On Love. He went on to collect awards for Best Male Artist and Best Hip Hop Artist at the 2007 Pacific Music Awards. Chong-Nee and Friends followed in 2010; a third album is in production. Chong-Nee has also been a member of r'n'b duo AKA Brown (with Sam Feo ll) and reggae group Foundation.

The Nomad (aka DJ and producer, Daimon Schwalger) released one of New Zealand's first drum and bass albums, Movement, (co-produced by Tiki Taane) in 1998. The album caught the attention of British dance music pioneers Rockers Hi Fi and sparked a lengthy collaboration. The electronica extraordinaire has gone on to make six albums (Second Selection won a 2000 BNet music award for Best Dub Hip Hop Reggae Release); his latest featuring deck work with a stellar line up of Kiwi musicians, including King Kapisi and Jon Toogood. This 76-minute documentary looks at efforts to restore the mauri (life spirit) of Northland's Lake Omapere, a large fresh water lake — and taonga to the Ngāpuhi people — made toxic by pollution. Simon Marler's film offers a timely challenge to New Zealand's 100% Pure branding, and an argument for kaitiakitanga (guardianship) that respects ecological and spiritual well-being. There is spectacular footage of the lake's endangered long-finned eel. Barry Barclay in Onfilm called the film "powerful, sobering". It screened at the 2008 National Geographic All Roads Film Festival. 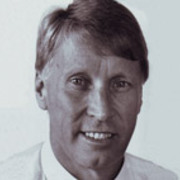