Kidult drama Gather your Dreams follows Kitty (Kerry McGregor), an aspiring performer travelling with her family's vaudeville troupe in 1930s NZ. In this episode, the troupe competes for viewers with boxing promoter Ted Crawley (George Henare) at a Depression relief camp. Troupe patriarch Wallace (Terence Cooper) plots to best Crawley by managing "Haggis the brawling Scot" (actor's agent and On the Mat legend Robert Bruce’s acting debut). But the 'worker's hope' turns out to be a stooge with a glass jaw. Will coaching from Kitty save the day? The show must go on! This TV2 take on The Truman Show sees Hawkes Bay vineyard worker Sam participating in a reality show where – unknown to him – all his housemates are fakes. In this first episode Sam’s flatmates play to the archetypes of reality TV, as host Mark Ferguson sets them ridiculous challenges (eg water bomb wet t-shirt reading). The Spinoff 's Alex Casey called it “a one off, never to be repeated format, and crikey it was good, bad TV.” The cast were only let into the show's secrets after winning their parts. Sarah Thomson ('rich bitch' Tiffany) was later an undercover cop on Shortland Street. In November 2010, 29 miners died in the Pike River disaster. In 2014 Wellington’s Orpheus Choir invited singer Dave Dobbyn to compose a musical tribute to the victims. Dreams Lie Deeper followed Dobbyn to Greymouth to meet with mourning families, and visit the mine. This excerpt shows the premiere of Dobbyn's song ‘This Love’ in Wellington on 10 May 2014, to a standing ovation. The film screened on TV One on the fourth anniversary of the disaster. Sunday Star Times critic Grant Smithies called it “one hell of a documentary. Raw, touching and blessedly unsentimental.” 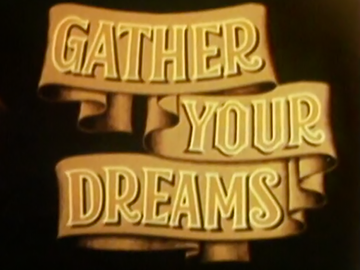 The night before his granddaughter's birthday, a man who likes having a flutter on the horses (Utu star Anzac Wallace) has a "dream". But which horse is he meant to bet on this time? Raniera gets help from his wife (Erihapeti Ngata) and the local community, to understand what the dream might mean. This edition of the pioneering Māori drama series marked Rawiri Paratene's debut as director. Patricia Grace based the screenplay on her story 'The Dream'; Temuera Morrison has a small role. Viewers can choose whether to watch the episode in Te Reo or in English. This Artsville TV documentary plucks its way through a Kiwi-focused history of the ukulele, from Waikiki to Wellington, using the dream of “godfather of Polynesian music” Bill Sevesi as its starting point: namely “that the children would be playing the ukulele all over the country.” Presenter Gemma Gracewood (of the Wellington International Ukulele Orchestra) reveals the instrument’s Pacific adoption and burgeoning popularity, and meets acolytes of ‘the uke’: from Herman Pi’ikea Clark to Jennifer Ward-Lealand, to Sevesi strumming with onetime pupil Sione Aleki.