This documentary captures a key moment in the rebirth of Kiwi cinema: director Roger Donaldson and his small crew shooting breakthrough 1977 film Sleeping Dogs. A trip to the Cannes Film Festival inspired Donaldson and mate Ian Mune to take the bull by the horns. They adapted CK Stead novel Smith's Dream, chose the Coromandel as their main location and assembled a team including Sam Neill and American veteran Warren Oates. The action-packed script required stunts and explosives on a tiny budget. Special effects man Geoff Murphy is interviewed while painting a machine gun made out of four-by-two.

I've been wanting to make movies for a long time. Ian Mune and I went to Europe in June of last year. While I was there, I went to the Cannes Film Festival and I saw a lot of movies which I thought were a load of crap, and I thought we can do as good as that in New Zealand. And with that thought in mind I came back determined that if I couldn't get a movie off the ground within six months in New Zealand, I'd go elsewhere and try and make one.
– Director/producer Roger Donaldson on the birth of Sleeping Dogs 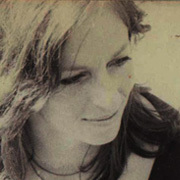 Interview with another legendary Kiwi fimmaker Roger Donaldson documentary about an adventure at sea Roger Donaldson is interviewed about his photographic...

Behind-the-scenes on another ambitious 1970s drama Behind the scenes on movie Bad Blood