Set in Antarctica (and partly shot there), the science fiction tale sees a researcher (Crawford Thomson) dealing with unsettling events — traumatic personal news, isolation, disquieting “anomalous electrical readings”, and warping time. As newsreader John Campbell says in an intercepted transmission: “the speed of light is changing. Well, what does that mean?”. The title is from Hone Tuwhare’s anti-nuclear themed poem of the same name, but the film was inspired by Pat Rushin short story Speed of Light. It was an official selection at Edinburgh Film Festival. In director Geoff Murphy's cult sci fi feature, a global energy project has malfunctioned and scientist Zac Hobson (Bruno Lawrence) awakes to find himself the only living being left on earth. At first he lives out his fantasies, helping himself to cars and clothes, before the implications of being 'man alone' sink in. As this awareness sends him to the brink of madness — see the excerpt above — he discovers two other survivors. One of them is a woman. The Los Angeles Daily News called the movie “quite simply the best science-fiction film of the 80s”. Read more about it here. "It was the beginning of the end of the world..." Award-winning actor Tim Balme (Braindead) narrates this rain-lashed tale of being trapped in a world where all the women have disappeared. The film noir stylings, Blade Runner climate and tough-talking dialogue come to the fore when Balme encounters a beautiful woman with an attitude (Balme's real-life partner Katie Wolfe), and finds desire playing tricks with his mind. Planet Man was judged best short film in the Critics' Week section of the 1996 Cannes Film Festival. 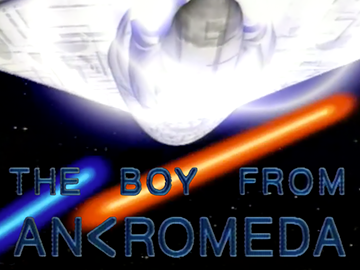