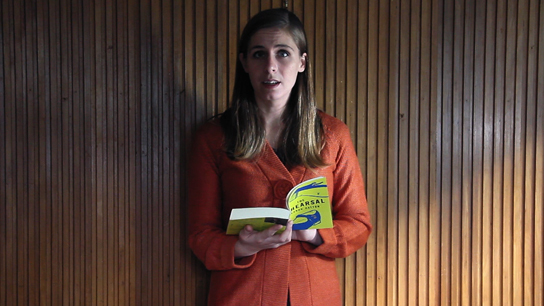 An excerpt from this feature length documentary.

The credits for this feature length documentary.

This Richard Riddiford documentary collects together stories about the creative writing course at Victoria University. The storytellers are a roll call of names who have studied and taught there, from course founder Bill Manhire to current Insititute of Modern Letters director Damien Wilkins. Writers praise the gentle style of teaching and sense of community (and feedback). Eleanor Catton talks about the journey from her first novel The Rehearsal, written while at Victoria, to the first sentence of The Luminaries. The doco is named after the poem by American Wallace Stevens.

It's a mixture of warmth and community and support with the feeling that there's a deadline to hit, and you've got to hand in the work. They walk into class, and say, 'I'd like to write a novel'. And I say, 'It's due on November 5'.
– Damien Wilkins on the culture created by Bill Manhire at the Institute of Modern Letters, March 2011 Dominion Post Made with the generous support of Victoria University of Wellington

More writers in one space