A forgotten slice of New Zealand TV history, A Going Concern was the country's second, short-lived soap opera. Launched in July 1975 — two months after rival soap Close to Home — it revolved around the staff of a South Auckland plastics factory. The characters were a mixture of Pākehā and Māori, plus a Brit (entertainer Ray Woolf, in his first acting role). Apart from this 23 second clip pulled from a 1975 variety show, the series is believed destroyed. A Going Concern won solid reviews, but the new channel's limited coverage affected audience numbers; it ended after a year.

Look I'm not in the mood for any of your smart comments this morning.
– Bruce (Grant Bridger) to Merv (Ray Woolf) 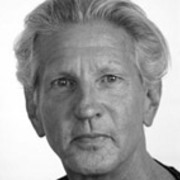 A Going Concern was part of a wave of new...

A famous soap that debuted shortly before A Going Concern More on A Going Concern, 13 minutes in Another early soap on the second TV channel

Grant Bridger also acts in this

Another drama from the early days of the second TV channel

Ray Woolf has wings in this