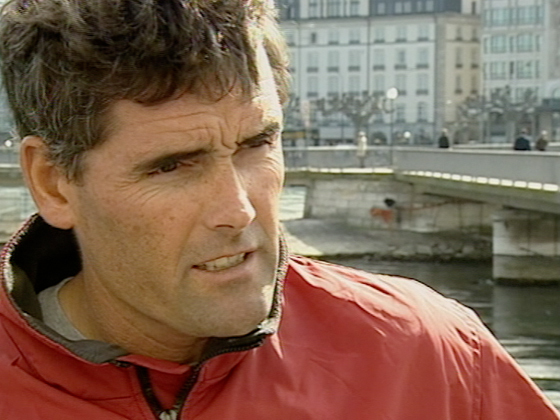 As soon as Team NZ lifted the 2000 America's Cup, dramas engulfed the sailors and management. This excerpt from current affairs programme Assignment investigates the decision by skipper Russell Coutts and tactician Brad Butterworth to join billionaire Ernesto Bertarelli's Alinghi syndicate. What followed was an exodus of Kiwi sailors to the Swiss-based franchise. Reporter Kerryanne Evans interviews Coutts, Butterworth and Team NZ trustee Ralph Norris about the events that splintered a winning team. Businessman Douglas Myers (a backer of Sir Peter Blake) does not hold back his opinions on Coutts' decision.

I was incredibly bitter...the night we won because I knew half the team were leaving.
– Tactician Brad Butterworth on the dramas swirling around Team NZ in 2000 A 1960s homage to yachting in the Hauraki Gulf

Kiwi celebrities get in behind the 1986 Challenge