Kiwi comedy-drama Being Eve "tackled the trails and tribulations of everyday adolescent life (as website The Spinoff put it). It launched the career of Fleur Saville, starring as amateur teen anthropologist Eve. In episode 10 of series one, Eve grapples with the day-to-day stuff of negotiating relationships (now that Matt is her boyfriend, does she have to sit next to him in every class?). Friends and family expose their relationship-challenging racial prejudices. Rated best drama at the 2002 NZ TV Awards, Being Eve was nominated for an International Emmy.

You are now half of a couple. That changes everything!
– Sylvie (Joanna Morrison) to Eve (Fleur Saville) 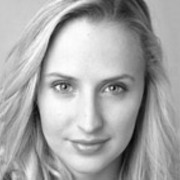 Another exploration of teen angst

Fleur Saville also acted in this Much of Being Eve's creative team worked on this show Leighton Cardno starred in this feature