This feelgood classic was written in Wanaka on the first Blerta tour, for the group's kids' shows. The hope was that a children’s show would win over local audiences when Blerta's busload of merry pranksters rolled into a new town. The song's concept was inspired by a Margaret Mahy story, reshaped by Geoff Murphy. Corben Simpson composed the music, and actor Bill Stalker narrates. It became a top 20 single, but a video was never made. This clip — combining new scenes, and old footage of the Blerta bus and varied escapades — was created for 'best of' film Blerta Revisited. 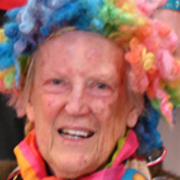 One of Geoff Murphy's earliest films

The movie that emerged from the Blerta TV show