The title of this documentary takes its name from one of Len Lye's most complex and theatrical sculptures. Its climax is the installation and performance of Flip & Two Twisters at the Govett-Brewster Art Gallery, in New Plymouth. Along the way, the film explains Lye's "art of motion" with the help of historic footage and interviews with the artist. As American film critic David Bordwell says, the footage of Lye at work is "a real revelation".

Len Lye: "One of my art teachers put me onto trying to find my own art theory. After many morning walks ... an idea hit me that seemed like a complete revelation. It was to compose motion, just as musicians compose sound. [The idea] was to lead me far, far away from wanting to excel in ... traditional art."

Lye's career began in 1910 with an interest in modern art developments in Europe. This led him to explore movement as a direct basis of art, far beyond the possibilities of human movement in dance. He developed a new way of making films by painting images directly on to film. Excerpts from a number of his films are included — Tusalava (1929), Trade Tatoo (1937), Rainbow Dance (1936), Swinging the Lambeth Walk (1936), and Free Radicals (1958).

In the 1950's Lye's attention turned to motor-driven kinetic sculptures. He began making moving objects from sprung steel that utilised the material's natural harmonics. For this documentary, cinematographer Leon Narbey dynamically filmed many of these sculptures in action — Universe, Bell Dance, Zebra, Sky Snake, Roundhead, Grass, Fountain, Blade, Flip & Two Twisters, and a prototype Wind Wand (a larger version of the latter is now installed on New Plymouth's foreshore). They boing and bounce, rattle and shudder. They surprise with their freshness, flexibility and rhythms.

There are interviews with the people behind the production of the highly technical kinetic sculptures — the Len Lye Foundation, Canterbury University's Engineering Department, and Levin Sawmakers — as well as art historians Tina Barton and Wystan Curnow, and New York-based expatriate artist Max Gimblett.

Sculptor Evan Webb appears throughout the documentary installing Lye's sculptures in art galleries and outdoor spaces, and providing an artist's insight into the works. Webb worked as consultant on the documentary, and has been a key member of the team within the Len Lye Foundation who realise the artist's ideas. As artist Max Gimblett explains, Lye imagined the works, but "left it to the future to build them".

Director Shirley Horrocks knew Lye personally, as did her partner Roger Horrocks who wrote a biography of the artist. Shirley's documentary provides a wide-ranging introduction to the work of this remarkable New Zealand-born artist. 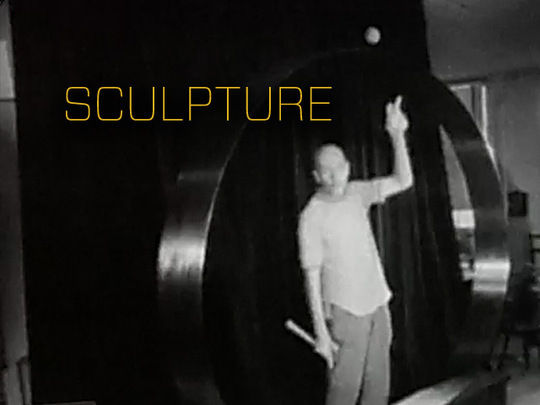 Another example of Kinetic sculpture Another Kiwi who made her mark in the United States Another documentary directed by Horrocks Another Kiwi in London's Seven and Five Society Len Lye features in this episode about NZ artists