Footage is Niki Caro's first and thus far, only, dip into documentary. "I never wanted to make one," she said. "It's not really my gig, but having said that I loved it." After short film Sure To Rise was selected to compete at the Cannes Film Festival in 1994, she decided to be a writer/director of drama. But an opportunity to exploit her passion for shoes, and celebrate them as an art form for television series Work of Art, proved compelling.

Caro's interest in character recognises the element of performance in our everyday lives. The participants, although not expected to repeat their initial interviews by rote, were encouraged to retell their stories. They're shot as if onstage, illuminated by low key lighting and isolated in darkness.

The sets include a podiatrist's clinic, a ballet rehearsal room, a catwalk, and a giant high heeled shoe which functions as an interview chair. Subjects include a Chinese academic whose grandmother had bound feet, a father and son who manufacture ‘comfortable' women's shoes, and New Zealand's first transsexual. Their external and internal worlds are illustrated by back and front projection, and frames within the frame.

Shot on 16mm film, Footage makes extensive use of black and white, with a few objects highlighted in colour. A photographer's red lips. An actress's purple nails. A mistress's pink shoes. Limiting the palette helps reinforce the emotional journey. As ballerina Kerry-Anne Gilberd confesses of her point shoes, they're "pink satin torture chambers: it's when you aren't in pain that you have to worry".

Caro's vision was confirmed when Footage was selected for the 1996 Venice Film Festival. Her subsequent four features as writer/director in the decade from 1998 endorse her drama credentials, and her loss to the world of documentary.

- Owen Hughes produced a number of Niki Caro's early films, including award-winners Sure to Rise and The Summer the Queen Came, and Caro's first feature, Memory and Desire (1998). Documentary about another type of adornment 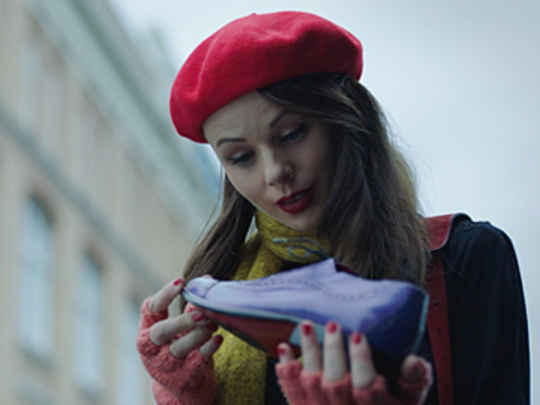