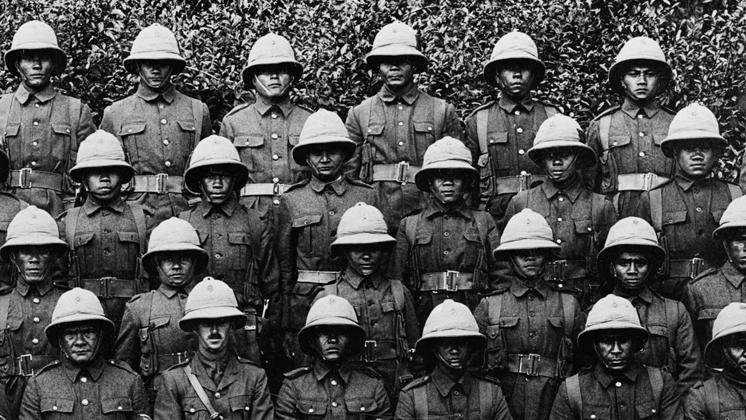 When 150 Niuean men were shipped off to Auckland en route to the Western Front, they had no idea what lay ahead. This Great War Story features the granddaughter of one of them, and the historian who researched his journey. Falaoa Tosene was “volunteered” to the NZ Māori Pioneer Battalion as a labourer. Unfamiliar food, uniforms and boots for men who had never worn shoes were the first shocks. In France, they faced freezing temperatures and disease. Tosene was hospitalised with trench foot. He survived, thanks to a former missionary, but 30 of his comrades died.

A hundred and fifty men were volunteered and nobody really thought the offer of troops would be taken up.
– Historian Margaret Pointer, who wrote a book about Niue's WWI involvement

A Kiwi soldier who also fought at the Western Front

Features World War I footage from the Western Front

Includes a story on a Niuean-Kiwi woman living in NZ Another series directed by Anna Cottrell