The first of 4 parts of this full length drama.

The second of 4 parts of this full length drama.

The third of 4 parts of this full length drama.

The fourth of 4 parts of this full length drama.

A family drama with Fiona Samuel as writer

A drama written by Ian Mune Written and directed by Fiona Samuel Doco involving a woman with dementia 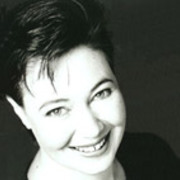 TVNZ commissioned seven hour-long dramas in 1996, to play as a series on Sunday nights. Home Movie is one of them.

I wrote the script, based on the short story A Home Movie by Fiona Farrell. I loved her characters, the situation and the tone of voice in her story — it felt like very recognisable middle class Pākehā New Zealand, without simplifying or condescending. But as it was, the story didn't have the shape of drama; it didn't proceed to a climax and resolution. You can do that on the page, but on screen it feels unsatisfying. You want to feel there's a reason you've been told this story — that something has shifted because of it.

So I invented another part of the story, concerning the grandfather Pat. In Fiona Farrell's story he stays at home by himself while all the other family members are attending a christening, but in the drama I gave him a visitor. The story of Pat and his visitor then develops in tandem with events at the christening and the party that follows, and eventually the two stories collide and resolve. I was very nervous ringing Fiona Farrell to tell her about this and ask her permission — if she'd said no, I would've had to write another script. Fortunately for me, she didn't say no.

I wrote and directed Home Movie. It was the second drama I'd directed for television. The first, A Real Dog, was shot in three days in one location and featured one actor (plus a dog). Home Movie was shot in three weeks in a number of locations and had a cast of 14, so it was a big step up for me.

I love casting. I think the success of any drama depends on it, and coming from an acting background, I like working with actors and finding the right ones for the job. Miloš Forman (Amadeus) always auditions actors, even really famous ones, because he says, 'We know you can act, but does the glove fit?' That's the way I feel about it — the glove has to fit. I was delighted to have Ian Mune playing Pat, and Geraldine Brophy as his daughter Bridie. It was Geri's first on-screen role, and their father/daughter match is perfect, I think.

Elizabeth McRae, Jodie Dorday, Peta Rutter, John Leigh, Simon Ferry and Murray Keane are all actors I'd worked with before and they all have the blend of drama and comedy I like — they understand what makes something funny, but they're always truthful to their characters.

Two other great collaborators were Rewa Harre the Director of Photography, who shot it all handheld for the slightly intrusive observational quality I wanted, and David Long, whose guitar score makes me smile every time I hear it.

The little girl who plays the baby being christened was six-weeks-old when we cast her and a very mature three-months by the time the shoot ended. Fortunately she didn't grow too much hair. The last shot, which moves from the parents on their bed to their little daughter asleep in her cot was the quietest moment I've ever had on a film set. Nobody breathed. It was magic.