This journey is part of Houstoun's preparation for the filming of a performance of Liszt's Sonata in B Minor, one of Liszt's finest works for piano and a pinnacle for classical pianists. We follow Houstoun into Liszt's home, and around the town where Liszt lived. He is hoping to assimilate thoughts and feelings of the revered composer.

Icon in B Minor swings between two time periods;  we hear the "voice" of Liszt  (actor Peter McCauley reads from Liszt's writings) as the camera pans slowly over photographs of the composer taken towards the end of his life. We also feel the peace and quiet of Liszt's country retreat.

Houstoun speaks about his feelings for music. He compares his spiritual philosophies about musicianship to Liszt's beliefs. For both of these artists, the feeling of transformation through their art is of huge importance.

The film crew spend a week in various German towns and visit Liszt's home in Weimar, the concert hall where his work was rehearsed and performed, and the Holocaust Memorial and concentration camp of Buchenwald. For Michael, it is essential to experience as much as he can, to "absorb the atmosphere to add to my experience"; from the beauty and peace of Liszt's haunts, to the horror of man's inhumanity to man.

There are four parts to this documentary. The first three cover the pilgrimage. The fourth section is a multi-camera studio shoot of the complete performance of the 28-minute Sonata in B Minor.

As a composition, Sonata in B Minor is considered one of Liszt's most extraordinary works. Some consider it to be the first example of a piece composed in sonata form, which traditionally is broken down into four musical movements, being constructed as one complete movement (there are no gaps between the movements in Liszt's composition; arguments continue as to how many movements it contains).

Icon in B Minor was screened as part of the Work of Art series, and it is evocatively lit and shot. It includes excerpts of previous recordings by Houstoun from a variety of Liszt's other piano works. The film was written, directed and produced by Tainui Stephens, himself an accomplished classical and jazz piano player. 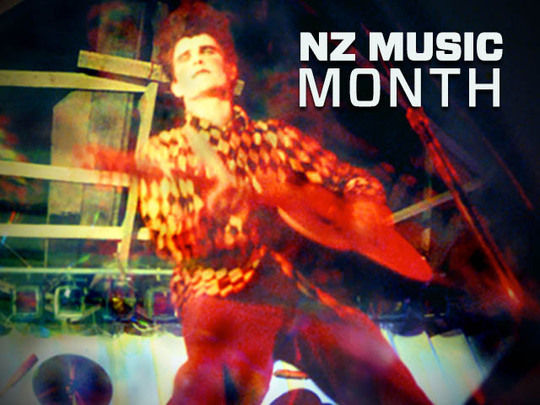 Another musical journey with a legendary Kiwi musician Another cultural meeting between Deutschland and Aotearoa A piano has a central role in this film

The history of Māori vs Pākehā conflict directed by... Nathan Haines returns home to play with the NZSO