Gaylene Preston's documentary follows a year in the life of trail-blazing politician Helen Clark. During filming the ex New Zealand PM was head of the United Nations Development Programme, and bidding to become the UN’s first female Secretary-General. Preston was keen to capture the empowering character of the woman ranked by Forbes magazine among the 25 most powerful in the world. "Helen is a formidable woman and leader, and I’m honoured she’s given my team access to tell this story." The documentary is set to screen at the 2017 NZ International Film Festival.

I sometimes say, no one will put a red carpet out for any of us … did anyone ever say to me ‘Helen, please come forward and run for Parliament and strive to be a minister or Prime Minister?’ No. No red carpet was ever rolled out: you gotta knock those doors down.
– Helen Clark 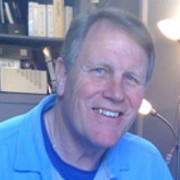 Another Kiwi at the UN Quake drama from the same director Item on a theatre piece about a man obsessed with Helen...