Taken from hit music show C’mon, this short clip has Mr Lee Grant performing his first number one hit ‘Opportunity’. After leaping to attention — and suffering an awkward landing — he recovers quickly to offer a jaunty performance on a psychedelic set, complete with American flag motif. The song (a cover version) charted in May 1967, helping cement Mr Lee Grant’s position as one of the country's premier pop stars. He would top the local charts twice more — and come close another time — before leaving New Zealand in March 1968, in an attempt to conquer the United Kingdom. 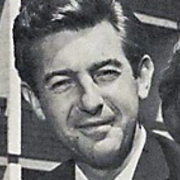 The C'mon episode this performance is taken from Another episode of C'Mon

Another musical act who appeared on C'mon