Being on that show was big time and I mean, I think it was Kevan Moore the producer at the time...just basically had a selection of stuff he wanted done ... there was just no question of us going up and saying to them 'hey we want to do one of ours'.
– Wayne Mason on who chose the songs on C'Mon, in episode two of Give it a Whirl 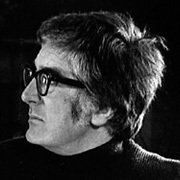 C'Mon features in this music documentary

The only other surviving episode of C'Mon Peter Sinclair parodies his C'Mon days in this...

The Chicks sometimes appeared on C'mon

A singer who made it big in the 60s Another Loxene Golden Disc nominee from the same period