Hamilton hard rockers Knightshade produced a run of sweaty, riff-heavy 80s anthems. This live performance of ‘Out for the Count’ comes from a 13 May 1987 show at The Galaxy in Auckland, which was recorded for both a 1987 album and a Radio with Pictures special. The other featured band was Stonehenge. Knightshade vocalist Wayne Elliott is joined by Gael Ludlow (then better-known as presenter of nature show Our World). The live album Out For The Night Live! made it to 37 on the Kiwi charts. ‘Out for the Count’ had previously got to number 26 on the singles charts in November 1986. Another Radio with Pictures concert special Fellow Waikato band The Datsuns rev it up Trailer for a rock'n'roll documentary 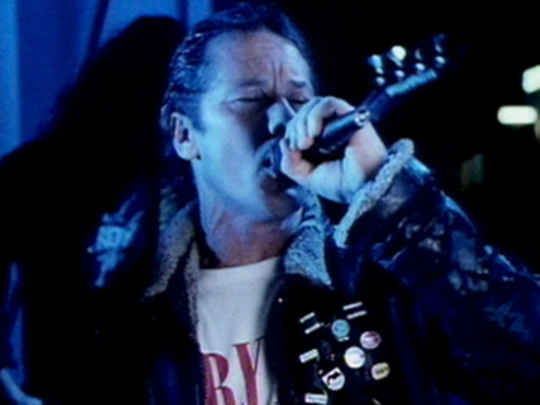