It really is true that people in their early to mid-20s think they’re that important, and think they know that much. I really did get chased by a boyfriend and saved by a drag queen with a pool cue.
– Writer/director Jane Sherning Warren 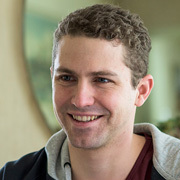 Morgan Albrecht stars in this K' Rd Story too A Hotere art opening in Hamilton