Revelations is Greek-born director Athina Tsoulis's second drama about an immigrant Greek family in 1960s Auckland. As with A Bitter Song, the story centres around middle daughter Thalia (played by Fotini Yamas; Bitter Song star Alexa Tsoulis-Reay-Thalia now plays the youngest child, Eleni). Teenager Thalia yearns for her own space in a traditional house-hold where her father expects her to be dutiful, and her mother is haunted by a family secret. Thalia's discovery of this secret inspires her to take a stand. Fiona Kay (acclaimed for film Vigil) plays older sister Vasso. The half-hour drama screened on TV series Another Country.

Are you happy now? We won't die of the plague this year.
– Thalia (Fotini Yamas) teases her Mum ( Vicky Yiannoutsos) about having their house blessed 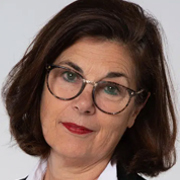 Earlier short film about this family from director Athina...

Another film about sisters from director Athina Tsoulis Another drama from anthology series Another Country

Short documentary about Auckland city in the 1960s Short documentary about sisters living together