Writer/director Athina Tsoulis's short film is a portrait of an immigrant Greek family in 1950s Auckland. The story focusses on middle child Thalia (Alexa Tsoulis Reay), who enjoys a close relationship with her mother Despina (Vicky Yiannoutsos). Father Dimitri (Yianni Tsitsiridakis) is a macho former soldier who frustrates his wife with his frequent nights out at the 'mens' club'. When Thalia goes to hospital for an operation, her feelings about her dad change. Tsoulis was born in Greece and grew up in Australia in a large Greek community. A Bitter Song features the Greek language and Lucy Lawless in an early film role.

You could spend one evening with your children.
– Despina (Vicky Yiannoutsos) watches husband Dimitri (Yianni Tsitsiridakis) head out for another night with the boys 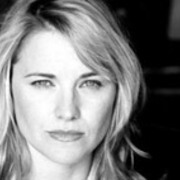 Made with the assistance of the QEll Arts Council's Creative Film and Video Fund, the NZ Film Commission and Television New Zealand

Another film directed by Athina Tsoulis Another short featuring family drama at the beach Lucy Lawless's career took off in the 1990s Lucy Lawless in a comedic role Another short focussing on an immigrant family Follow-up short about the same family Another story of Greek immigration to New Zealand