Why did the snail cross the road? The debut short from short film maestro Grant Lahood (The Singing Trophy, Lemming Aid) provides the answer in a four minute time-lapse adventure. With the world whizzing by at 'snail’s pace' (filmed from the snail's temporal — and aural — point of view), the mollusc on a mission faces skaters, high heels and cars in its epic quest for an iceberg lettuce. The location was Patel's Dairy in the Wellington suburb of Berhampore. Snail's Pace won festival screenings and TV sales around the world,  launching Grant Lahood from camerawork into directing.

Original and quirky ... charts, via knock time-lapse photography, the progress of a snail crossing an asphalt road intent on reaching the lettuce on display outside a small market.
– Reviewer Kevin Thomas in The LA Times, January 1993 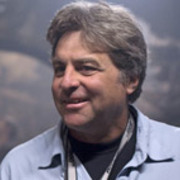 Made with the support of the QEII Arts Council (Creative Film and Video Fund), the NZ Film Commission and TVNZ

Percussion and vocals by Thomas Simenauer More trouble on the road