Director Rachel Davies subverts expectations in a confronting film about a young boy's relationship with an older man. In one continuous piece-to-camera shot a boy recounts his first sexual experiences at a scout camp. What is the relationship between the ambiguous identity of the subject (boy or girl? why does he have a man's voice?) and the gravity of what's being said? This intriguing confessional marked an impressive debut for Davies, who was only 21 when she made Sweetness. It received awards at the Sydney and San Francisco Film Festivals. 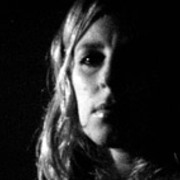 Made with the assistance of the Creative Film and Video Fund of the QEII Arts Council of New Zealand, the New Zealand Film Commission and Television New Zealand.