(The film is) a tribute to all those soldiers of 28 Battalion who were lost and to the mana and lives of those who were not. It is a film made by us for them that we now take to the world in their honour.
– Tama Tū press kit 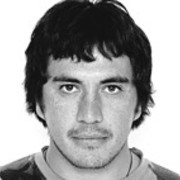 Executive produced by Karl Zohrab and Angela Littlejohn of Littlejab Pictures. Made in assocation with Park Road Post and the Short Film Fund of the New Zealand Film Commission.