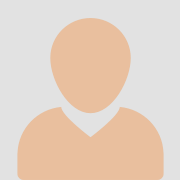 1976. In the United States The Ramones unleashed their first album, setting the template for the musical revolution to come. In the United Kingdom, the Sex Pistols were preparing their own attack on what they saw as the increasingly bloated, solipsistic world of prog-rock. All that would have its influence on New Zealand music ...

But in 1976 a different kind of phenomenon was about to hit our television screens, and prove to be an unexpected success in the United States as well.

That's Country had a simple format. Based on traditional variety shows, it featured a revolving cast of regulars and guest stars, and would open with the entire ensemble singing the rousing theme tune. Then each of the performers had their own moment in the spotlight.

The choice of host was controversial. Ray Columbus had been around. Born in 1942, his star first shone 22 years later when his band the Invaders had a number 1 hit in Australia and New Zealand with She's a Mod. The band broke up in 1966 and Ray went on to a successful solo career. But along the way, he mentioned that he "hated country music." That made him a risky choice as host for the show he co-created. "I said country and western clubs in New Zealand will never accept Ray Columbus as a host for that series because of what I said on that show. And it was absolutely right for a long time."

But from 1976 until its cancellation in 1983, with executive producer Tom Parkinson at the helm, That's Country became one of New Zealand's top rating shows. Its strength was proven when it became the first New Zealand-made entertainment show to be sold in the United States. According to Columbus, the TNN cable network screened 48 shows, three times a week for a year.

That connection meant that for a while, it became part of an international country music circuit. So US country stars such as Emmylou Harris and George Hamilton IV would turn up as part of the revolving cast of performers. They performed in Christchurch's James Hay Theatre, the audience often turning up in their own versions of western gear. Stetsons, chaps and even toy pistols weren't uncommon.

There was also the odd culture clash. In 1982 punk greats The Clash were playing the adjacent Town Hall auditorium on the same night as a That's Country episode was being recorded. Many Clash fans had adopted the urban country garb favoured by the band at that time; before the show, TVNZ floor managers had trouble distinguishing the two audiences.

On stage, of course, there was no confusion. That's Country featured established New Zealand C&W performers such as John Grenell (aka John Hore) and Patsy Riggir alongside those who'd made the crossover from a more pop-oriented career, including Brendan Dugan and Australian Jade Hurley. Dinah Lee would appear too (she made her first television appearance — appearing with Ray Columbus — in 1961, on CHTV-3's Time Out for Talent).

That's Country also helped launched the careers of household names such as The Topp Twins and Suzanne Prentice. The then-teenage Prentice would make the trip from Invercargill to Christchurch for the shows, suppressing the nerves she says she felt before each show. For the Topp Twins, the show provided their first major TV exposure. They've described how the band cracked up at the sight of their gingham mini-skirts. And it was that tight, highly-professional band that was one of the factors in the success of That's Country.

Seasoned performers such as Peter Posa and Gray Bartlett gave consistently polished performances. Bartlett was also one of the arrangers, along with musical director Murray Wood (who sadly died in the February 2011 Christchurch earthquake).

Behind the scenes, the show was something of a nursery for up and coming TV technicians, producers and executives. Floor manager Brent Hansen went on to become creative president of the entire MTV network outside of America. Tom Parkinson was already an established producer responsible for many 70s comedy shows when he was appointed Television New Zealand's Head of Entertainment in 1978, overseeing some 250 hours of television a year, including That's Country. He's still in the business, having relocated to Australia and eventually formed his own production company. David McPhail was another local producer who had a hand in the show.

Now, more than 30 years after That's Country first hit our screens, the music scene is almost unrecognisable. The punk revolution proved short-lived and delivery methods have gone from LP to CD to online. But That's Country has returned, and broken new ground. In its heyday the show never left the confines of the James Hay in Christchurch; in 2012 it went on the road. And the familiar faces, albeit a little older returned, with Ray Columbus, Suzanne Prentice and Jade Hurley still in the ranks. Well, that's country.