As of 2012, 130,000 Māori – aka 'Mozzies' – were living in Australia. This reality series follows young Māori chasing "money, sex and fame" on the Gold Coast: partying and pursuing careers (from modelling and music stardom, to owning a gym). This first episode sees scaffolder/ property investor Tame Noema introduce the crew, ahead of a housewarming party. The kōrero ranges from scoring 'aunties' to pride in tā moko. Created by Bailey Mackey (Sidewalk Karaoke), The GC was a ratings success for TV3, and made headlines for its depiction of a modern Māori subculture.

One of the most pleasing things for me was the amount of Māori who watched it … The GC doesn’t represent Māori as a whole, it’s just a slice of who we are.
– GC creator Bailey Mackey, in a ScreenTalk interview with NZ On Screen, 25 November 2013 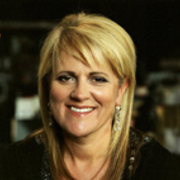 Kiwi musicians on the make in Australia Another show about young Māori A long-running show for Māori youth Another Kiwi in Australia The bro'Town boys team up with the Aussies