This 1994 ‘home front noir’ is set in World War II Wellington, where the plots — a murdered marine, exploited working girls and gonorrhea — spread amidst the invasion of US soldiers stationed at Paekakariki. Kerry Fox (An Angel at My Table) is a public health nurse who becomes romantically linked with the US investigating officer (Tony Goldwyn — Ghost, TV's Scandal) while pursuing the STDs and the truth. They’re supported by Oscar-winning US veterans Rod Steiger and Robert Loggia. John Reid (Middle Age Spread) directs, from a Keith Aberdein script.

[John] Reid's recreation of the period has a gritty authenticity and avoids the jingoism of films like The Sands of Iwo Jima, and the perpetuation of romantic myth. In doing so, he shows a Kiwi past superbly rendered and memorably recalled.
– Sam Edwards in the entry for The Last Tattoo, in book New Zealand Film 1912 - 1996, Page 178 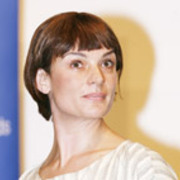 Life in NZ on the home front

Another fictional home front clash with US marines A short film set on the home front Also directed by John Reid and written by Keith Aberdein A Year's Back episode looking at the war and women More stories from the home front An investigation into chlamydia in Christchurch NFU film about US war wounded

A nurse tackling STD in World War I