One shaggy dog, dozens of humans, and a smorgasbord of Kiwi scenery: viewers were glued to the screen for this TV One promotional campaign, which began screening in August 1991. The six-part promo followed a lovable sydney silky poodle cross travelling the country by car, train and paw. En route, roughly 50 Kiwis make blink and you'll miss it appearances: including sporting figures, local townspeople, and 20+ TV personalities (see backgrounder for more info, and clues on who is who). The popular promos were directed by Lee Tamahori, before he made Once Were Warriors. 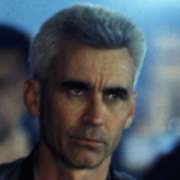 Another promotional campaign showcasing NZ and its people Lee Tamahori went on to direct this Kiwi blockbuster