Believe me Cissy when I say it's true that war changes everything. What matters to me now is so very different to what I passionately believed just a few months ago.
– Bea (Ester Stephens) in a letter to her sister Cissy 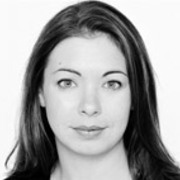 This miniseries was made for the centenary of New... A real life nurse at Gallipoli Peter Burger directed this short film about a war veteran Documentary looking back at the Gallipoli experience

An animated feature about Gallipoli

Also directed by Peter Burger and produced by Robin Scholes

An earlier drama about Kiwi soldiers at Gallipoli