Notes on the selection 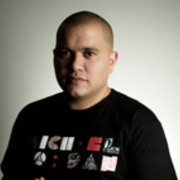 The evolution of Aotearoa Hip Hop

Notes on the selection

Scene III - Che Fu
I was working for BMG Records when they released this record, so I was working the record at radio and retail – it was fun because I really believed in Che. My record crate was used as a prop in the shop scene too.

Stop Drop and Roll - Mareko featuring Deceptikonz
Besides being a real advocate for the crew early on, there is a bunch of my friends in this video. Great fun, and a killer club track.

Summer in the Winter - Lost Tribe
Another artist I worked on with Kirk Harding at BMG Records, Lost Tribe was part of the Urban Pacifika label deal. I actually had a cameo in this video, but my part was edited out – however all I was doing was propping up the bar.

Think Twice - Aotearoa All Stars
Possibly one of the things I’ve done that I’m most proud of. After the death of South Auckland teenager Pihema Cameron I felt compelled to do something to save our kids from violence and drugs. This is what I came up with.

Brother - Smashproof
Little needs to be said about this incredible song, other than it’s a slice of New Zealand musical history, and Chris Graham’s video is the perfect companion.

Chains - DLT
Another project I worked on at BMG, DLT and I had become good friends through our various radio and television shows. Here he teamed up with Che Fu and shot the video at Kirk’s house on Crummer Road in Grey Lynn.

Not Many Remix - Scribe
The peak of popularity for New Zealand Hip Hop, Chris Graham once again came through with the goods and a nod to a classic Craig Mack clip.

Screems from da Old Plantation - King Kapisi
I chose this because not only is the song one of the catchiest we’ve ever heard, but also because rarely have we seen an artist looking like they are having so much fun.

Su’Amalie/Ain’t Mad At You – Tha Feelstyle
Again, Chris Graham provides the video magic, and it’s a compelling look at Tha Feelstyle revisiting his homeland and contains some touching moments.

The evolution of Aotearoa Hip Hop

I’ve seen hip hop in this country go from being an exciting, brand-new culture, to setting New Zealand chart records – I’ve seen it all.

For me, a lot of our musical history begins with Upper Hutt Posse and their seminal track ‘E Tu’. That song set the wheels in motion, and a wave of aspiring new artists followed. A second wave upped the ante as far as lyrical and production skills go – these included DLT, Dam Native and Urban Disturbance. Finally, the 2000s ushered in another wave of confident, outspoken artists that had fine-tuned their craft and were ready to take on the world, particularly in the case of Scribe, Smashproof, and Savage.

There have been pivotal moments, like the Bop Olympics and the MC battles, and they have all added to our rich history. I’ve been involved in many of these events, and am most proud of the Hip Hop Summits. These were organised by myself and Ali Toto from Christchurch (where the original Summit was held). We brought the two-day festival to Auckland in an attempt to showcase the incredible amount of talent Aotearoa had to offer – and it certainly achieved that.

I can vividly remember standing side of stage at the 2003 Summit watching Scribe performing ‘Not Many’ as a sold out Town Hall erupted in deafening applause. It was quite a moment and one I won’t forget.

Fast forward six years to 2009 and Smashproof sets the record for the most consecutive weeks spent at number one by a local artist. And it didn’t really surprise me.

Initially I can remember local hip hop being copycat to the American material we were hearing. Outside of Wellington-produced hip hop, it was lacking local identity. As the years marched on I could see artists begin to take control, and a distinctly ‘New Zealand’ hip hop sound began to form. By the time ‘Behold My Kool Style’ by Dam Native was released in 1996, its firm Māori-centric styling heralded a new-found personality and acceptance within the culture.

What has always mattered, however, is skill. Naturally there have been many one hit wonders (that phenomenon isn’t confined to hip hop music), but the majority of those that have left a lasting impression have been of a high calibre – thus my lack of surprise at the achievements of Smashproof.

The trio is a perfect example of the arc local hip hop has taken, and certainly learned. Young Sid in particular, is a wordsmith of international quality, and it’s justice that an act like Smashproof would attain such lofty accolades.

Couple what Smashproof has achieved locally with the unbelievable wins that Scribe and Savage have gained internationally, and it’s obvious that New Zealand hip hop is in great shape. The fact that Savage could sell two million plus units of his ‘Swing’ single in the US is part opportunistic, part luck - but also quality artist too.

As the years go on, and as hip hop falls in and out of favour with the chart buying New Zealand public, local artists will continue (as they always have) to hone their craft and build towards making quality music of international standard.