This collection has four backgrounds: 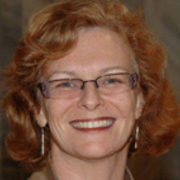 When I first took on the NZ On Screen project I knew a lot about building websites, the internet and running projects, but almost nothing about New Zealand screen culture. In fact I suffered from the underlying cultural cringe that I think many of us picked up in the 1970s and 80s. And so I made sure that the NZ On Screen team from the outset was filled with people who knew and loved New Zealand television and film, people who knew vastly more than I did about our screen history and its place in shaping our people.

But it sucked me in; the more I watched, the more I appreciated the art of telling screen stories. I came to understand the value of these stories across the decades. How our accents, our faces, our landscapes and our people are reflected through screen stories and how hugely important those stories are to forging our identity and cementing our place in the world.

I watched documentaries, drama, comedy — some of it amazingly wonderful, each piece with different qualities and merits. Altogether this content created a wonderful picture of Aotearoa and the diverse and slightly mad people that live here. Often against tremendous odds, so many talented New Zealanders have told their stories and revealed their culture on our screens.

I came to understand that NZ On Screen really is a taonga, an incredible space to showcase the wealth of content that has been created here. And I developed a healthy respect for the creators of content — their passion, dedication, drive and creativity. It was a joy and an honour to be able to present their content through NZ On Screen.

The project was not without its challenges, but we had a fantastic team, a hugely supportive board, and the staunch advocacy and support of NZ On Air. I’m very proud of what we created, and I’m so happy to see it go from strength to strength as the site establishes its place firmly in the landscape of New Zealand history.

Ten years on there is now so much gold in NZ On Screen, and now AudioCulture runs alongside, with our music history firmly embedded. A toast: to NZ On Air for making this happen, and to the creatives who create our stories and songs.

- Brenda Leeuwenberg spent four years as NZ On Screen's first Project Director. She went on to become Head of Digital at NZ On Air. In 2018 she was appointed to the Ministerial Advisory Group for Digital Economy and Digital Inclusion. Leeuwenberg runs Agile business consultancy Nomad8.

In 2008 many screen markers of Kiwi identity were gathering dust, tied up in rights knots and unavailable outside of an archive. Meanwhile the digital wave was building (few foresaw that Facebook would be New Zealand’s leading leisure activity by 2017). The call was made to bring Billy T, Count Homogenized and the Redferns back to the people.

With visionary NZ On Air backing, a small, hard-working team (led by Brenda Leeuwenberg; I was editor) set about building a digital platform to showcase Aotearoa screen culture. We had a start-up’s drive: to prove the concept and demonstrate an audience.

In our corner was warmth from the cultural campfire that screens had provided for generations of Kiwis. With few TV channels, moments like the colour broadcast of the 1974 Commonwealth Games, were shared ones. When Goodnight Kiwi went to sleep in his satellite dish each day, it was national bedtime.

For me, an 80s kid, visiting Nana’s meant being dumped with siblings and cousins in front of the telly before dinner. That meant the mesmerising proto-screensaver that was A Dog’s Show, and the dubbed kung fu pantomime of Monkey. Auckland was petrifying because of the giant alien slugs living under Rangitoto. Wildtrack instilled a love for NZ nature. Screens were, and are, formative.

Each person/generation will have their own screen campfires. Our job was to stir the embers, from face offs to eye pops to dance floor drops. Alongside the short shorts glory of Top Town, there were moments of solemnity — kuia and kaumatua telling the old stories — and self-reflection: seeing faces of disasters, war, protest, controversy, and change.

Our first viral video was a hungry kea snacking on a live sheep. A mention on American blog Boing Boing led to 10s of thousands of views in an hour, and crashed our server. Another early validation was the 100,000+ people who visited the acclaimed NZOS container exhibition for the 2011 Rugby World Cup. They engaged with a motion-activated screen wall, and sent E-cards of themselves inserted into their favourite NZ screengrabs.

Content has been curated into collections, creating Spotify-like playlists of New Zealand screen culture. Pithy synopses and backgrounders have provided context, and busted national myths: we all reckon we witnessed Thingee’s eye pop live, but it first screened in a bloopers reel. Biographies have become a go-to resource for industry profiles, especially older figures who have missed Google search posterity. And 'related titles' have sucked many an unsuspecting viewer down an hours long NZOS rabbit hole.

A decade on, NZ On Screen is a digital pou of Kiwi identity in a demanding global media marketplace — cherished, and as firmly established as a Country Calendar fencepost. All the videos remain free to view.

Screens have gone from fat to flat, from pedestals to phones. Who knows what future campfires will look like? Maybe hologram Ricky Baker and Uncle Hec toasting marshmallows with Te Wheke? Whether the portrait is of westies, whale riders, or warring neighbours, these screens reflect us.

Not even ow!, marvellous... ka kite anō!, those were our people today, and remember: always blow on the pie!

- Paul Stanley Ward was founding editor of NZ On Screen. He continues to write for the website, alongside his work as a scriptwriter, producer (Wild Eyes, Wild Peeps) and conservationist (Capital Kiwi).

NZ On Air has the privilege of investing in a remarkably wide range of public media. It’s all with the same objective: to champion diverse local content that bravely launches into a sea of almost limitless global offerings. Alongside the first two decades of screen and music investments that permanently changed how New Zealanders viewed themselves, the creation of NZ On Screen in 2008 was one of our most pivotal projects.

It’s worth reflecting what the online landscape was like before launch. Broadcaster on-demand services were in their infancy and no comprehensive site existed; many New Zealanders were still on dial-up (or no) internet; content discussions were mostly about rights and rarely about access. At that point NZ On Air wasn't permitted to fund web-only content, and an amendment to our section of the Broadcasting Act was being expedited.

The challenge was immense. ‘Collaboration’ might be the word du jour now, but the NZ On Screen project needed collaboration on an industry scale rarely achieved before. In an uncertain environment with business models under challenge, we needed not just permission but the embrace of content owners and creative talent, the agreement of broadcasters, and some far-sighted technological and organisational solutions.

Technology projects are notoriously difficult and strong stomachs were needed. NZ On Air knew that a strategic funding decision had to be made and that the project could only succeed with vision and clear, simple principles.

We are indebted to the volunteer Trustees, and their small, clever team, who thrashed out the way forward over many lively meetings that continue today; to the content owners who saw the win/win in a public value site focused on celebrating New Zealand content in an intelligent and entertaining context; and to the many organisations, individuals and officials that swallowed their doubts and helped.

The risk was high but the results speak for themselves. NZ On Screen stands out globally as a leading example of industry collaboration and video presentation. We are very proud.

— Jane Wrightson is the CEO of NZ On Air and a trustee on the Digital Media Trust Board (which oversees NZ On Screen and sister website AudioCulture). She sat on the original board that set up NZ On Screen.

It was a great idea, but was it feasible? The vision was to make a large part of the history of New Zealand television programmes, films, and music videos legally available on line.

Ideally it would include all the icons — Blerta and Billy T, Janet Frame and Len Lye, Whina Cooper and Sonja Davies, Margaret Mahy and Paul Holmes, John Walker and Colin Meads, bro’ Town and Nice One, Vincent Ward and Peter Jackson, Split Enz and Chris Knox — along with key history like the Māori Battalion, the Springbok Tour protests, and the lives of our famous artists, sportspeople and politicians.

There would be reliable information about each item, special collections, biographies, and newly filmed interviews. And everything would be available free. The site would celebrate both the skills of our film and television makes, and the wealth of local culture they had brought to the screen.

NZ On Air bravely agreed to fund this project, and a small group set out to realise the vision. At first they encountered lots of problems — suspicions, restrictions, requests for money.

But hundreds of industry people, production companies, and organisations (like the NZ Film Commission and government departments) warmed to the idea. Creators were pleased to see their work having an ongoing life. Films and videos out of sight for decades started to reappear.

Today there are over 4000 titles. It’s like a giant public library, or a public service channel with a huge audience. It follows the original, positive spirit of the internet, which is to help a society to stay smart and creative, knowing its history and its whakapapa. The number of visitors to date is over seven million; the total number of pageviews is over 27 million. NZ On Screen has won a Qantas Media Award and been a finalist for Best Website Design. 'NZOS' is used by schools, libraries and museums. The site keeps growing, as does sister website AudioCulture. Curious viewers from all over the world also check it out: some of the most popular titles on-site have 'gone viral' amongst the global communities relevant to their subjects.

Ten years on, NZ On Screen is an essential showcase for New Zealand culture.

- Roger Horrocks was a member of the original board that created NZ On Screen. He campaigned for and ran the first film studies course at a New Zealand university, and was later a founding board member of NZ On Air.