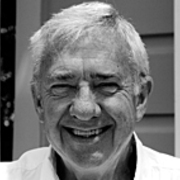 Wellington-born Bill Gavin grew up largely in Auckland. His interest in boating was soon overtaken by a growing passion for cars. Gavin began writing about motor racing for The Auckland Star and Dunedin Evening Star. Soon he was sharing a house in England with Kiwi racers George Lawton and future world champion Denny Hulme, after winning a contract to write about Kiwi drivers competing overseas.

After four years as editor of motor racing annual Autocourse, Gavin freelanced for publications around the world — including England's Sunday Times — and was European editor of Car and Driver. He wrote a biography of late British Formula One champ Jim Clark, and managed the Ferrari team for Kiwi driver Chris Amon in the 1969 Can Am series.

His first film experience was writing the narration for John Frankenheimer racing movie Grand Prix in 1966. In 1972 Gavin moved into the music business when he joined the GTO group, commanded by English entertainment impressario Laurence Myers. Gavin helped manage a range of acts, including chart toppers Sweet and The New Seekers.

It was at GTO that Gavin plunged into a new career, establishing company GTO Films with Myers. Initially the plan was to make movies promoting the company's glam rock acts. Success came first time out, thanks to 1974 documentary Remember Me This Way, starring the then invincible Gary Glitter. GTO Films soon moved into distribution, with Gavin working on the Brit release of Peter Weir classic Picnic at Hanging Rock and the original version of Swept Away.

In 1978 Gavin was lured to Australia by 20th Century Fox, to become general manager of their Australian subsidiary Hoyts Theatres. Gavin spearheaded the company's entry into distribution; the company also financed the occasional local film, starting with nuclear thriller Chain Reaction. Hoyts' Kiwi arm, the Moodabe's Amalgamated Theatres, contributed a quarter of the cost of acquiring films, which went on to play on both sides of the Tasman. Among the titles were Apocalypse Now, The Boys from Brazil and a movie version of Don Giovanni, featuring Kiri Te Kanawa.

Gavin's downunder success distributing the first Muppet Movie caught the eye of legendary cigar-chomping mogul Lew Grade, who invited him to join the sales team at ITC Films, back in London. Grade's name opened many doors, and Gavin found himself selling an impressive range of films to distributors across the globe, in the process learning much about the "dark art" of pre-sales.

Pre-sales involves selling individual films to distributors before they go into production. Among the films Gavin handled were The Dark Crystal, Sophie's Choice, On Golden Pond (starring Henry and Jane Fonda) and the big-budget Raise the Titanic, whose failure ultimately helped sink ITC.

He then began selling movies through London-based company Gavin Film. One of the titles he represented was financed by British powerhouse Goldcrest Films (Gandhi, Local Hero). Founded by Canadian Jake Eberts, Goldcrest had been hailed as saviour to the British film industry, thanks to some high-profile successes in the early 1980s. Finding Gavin "the hard-driving, entrepreneurial type" he liked to work with, Eberts invited him on board as Head of Sales (officially 'Director of Distribution and Marketing'). Gavin was given a seat on the board, and travelled the world selling Goldcrest's catalogue, which quickly grew to more than 20 titles, including pre-selling a substantial part of the budget of acclaimed BAFTA Best Film winner The Killing Fields.

Gavin left Goldcrest in 1984 (soon after Eberts), and returned to his own company. There he set about pre-selling and financing a slew of mostly British independent movies. Pursuing a successful strategy of positioning Gavin Film as a sales company rather than as yet another producer seeking cash, Gavin sought no executive producer credit on most of these films.

Gavin worked on international sales for a number of Kiwi titles, for producer Larry Parr: Came a Hot Friday, Shaker Run, Bridge to Nowhere, and Constance.

After returning to New Zealand in the early 90s, Gavin secured American funding and cast members for WWII-era drama The Last Tattoo. Gavin co-produced with fellow Kiwi Neville Carson. He spent two years on the development committee of the NZ Film Commission, and executive produced spider short Larger than Life. In 1999 he produced and helped develop New Zealand's first film sequel: acclaimed Once Were Warriors follow-up What Becomes of the Broken Hearted? (1999).

The same year Gavin began a two-year stint as Head of Features at South Pacific Pictures. At SPP, he stepped in to produce movie Jubilee, a light-hearted tale of small-town life which starred Cliff Curtis. Gavin also invited director Niki Caro to write an adaption of the long in development Whale Rider, winning NZ $4 million worth of European financing and presales on the strength of her script.

Sources include
Bill Gavin
Peter Calder, 'Rebuked love' (Review of Prick Up Your Ears) - The NZ Herald, 2 October 1987, Section 3, page 9
Jake Eberts and Terry Ilott, My Indecision is Final - The Rise and Fall of Goldcrest Films (London: Faber and Faber, 1990)