After training at Auckland's South Seas Film and Television School in 1999, James Anderson joined music shows Squeeze and Space, becoming a cameraman and editor on both. He made music documentaries in England, then returned home and set up company Two Heads with Nick Ward. The two launched globe-spanning music show Making Tracks and prime time hit Food Truck (Anderson was nominated for an AFTA award for his directing). In 2018, he launched TV series The Unortho_docs, which follows Kiwis chasing the dream in America. Anderson has also directed many high profile ads in New Zealand and the United States.

He's the talky talky. I'm the makey makey. James Anderson jokes about his and Nick Ward's roles in company Two Heads, in their ScreenTalk interview with NZ On Screen, 26 September 2012 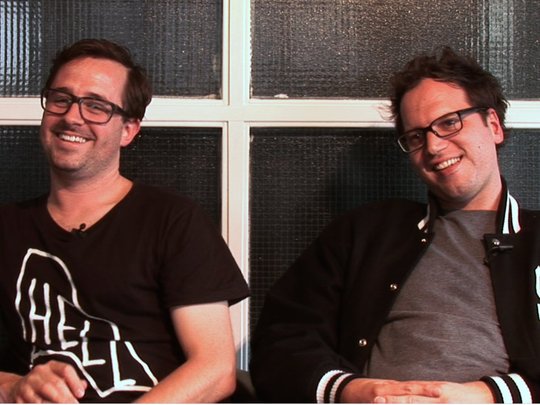