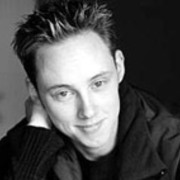 When he left Shortland Street in 2005 after 14 years and 3100 episodes, Karl Burnett was the soap's longest-serving cast member. His often comical character Nick Harrison stole many scenes, romanced at least eight Shortland characters, and watched as longtime love Waverley Wilson was kidnapped. Post-Shortland, Burnett has worked on and off camera, and reported on video games for 2003 show Screenshot. In 2010 he master-minded and co-starred in low budget comedy Captain Amazingly Incredible and the Space Vampires from the Evil Planet. In 2019 Burnett hit the headlines, after withdrawing from reality show Celebrity Treasure Island.

When the show started, people wondered what this creature was all about. Now he's, like, this comic genius — a Buster Keaton who talks, crossed with Bart Simpson. He's just great, so deadpan. Shortland Street actor Michael Galvin, in a 1995 Shortland Street tie-in magazine