Welsh-born Ray Henwood moved to Wellington in his 20s, having studied chemistry and done some professional acting. His long Kiwi theatre career began in-between jobs as a teacher and forensic toxicologist. There were also a host of screen roles — most famously a run of Moro bar adverts, and Hugh, one of the office workers on long-running comedy series Gliding On. In 2006 Henwood was awarded the Order of Merit for services to film and theatre. He toured one man shows playing Richard Burton and Dylan Thomas, and helped found Wellington's Circa Theatre. Henwood passed away on 26 August 2019.

Each episode was done twice on a Monday night, with two different audiences ... in that five years, we only ever stopped twice. Ray Henwood on filming TV series Gliding On in front of a live studio audience, in his 2012 ScreenTalk interview for NZ On Screen 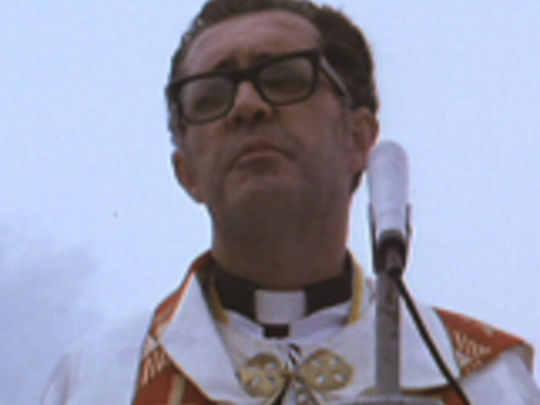