“As an Oscar is to actors, a Benson & Hedges Fashion Design Award was to aspiring New Zealand fashion designers.” The B&H Awards were the big fashion event of the year for three decades from 1964. This 1978 telecast is presented from Wellington’s Town Hall by John Hayden, and longtime B&H organiser Josephine Brody. The theme is ‘fantasy’, but the fabric du jour is wool — befitting an economy living off the sheep’s back — with design entries coming in from Kaitoke to Marton and a procession of homespuns and knitwear paraded before the visiting Parisian judge. The Benson & Hedges Fashion Design Awards were the big fashion event of the year from the mid 60s to the 90s. The Wellington show was organised by model agent Maysie Bestall-Cohen from 1982, and from 1984 TVNZ broadcast the 'B&H' live from the Michael Fowler Centre. Bestall-Cohen and Bob Parker host this 1986 GOFTA award-winner. Former Miss Universe Lorraine Downes is a guest presenter, and the line-up of models includes a teenage Rachel Hunter and future TV presenter Hilary Timmins. Padded shoulders, geometric prints and garish colours date stamp the era. 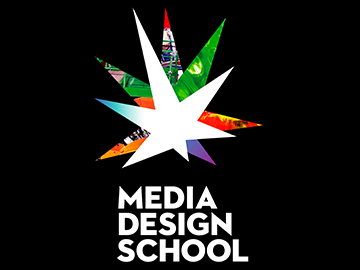 The Benson & Hedges Fashion Design Awards were the big fashion event of the year from the mid 60s through to the 90s. The show was organised by Josephine Brody, with a TV version screening later. Model turned agent Maysie Bestall-Cohen organised the ‘B&H’ from 1982. An early 80s screen hiatus ended with TVNZ screening a live-to-air show from 1984 to 1998 — the Michael Fowler Centre event was one of its biggest outside broadcasts. In the later 90s the show was known as the Smokefree Fashion Design Awards (after tobacco company sponsorships were outlawed).

In November 1970 a New Zealand tourism fashion presentation designed for Australian audiences took place at Auckland Museum. Dancing models wore traditional Māori motifs, combined with contemporary fashion — then still a novelty. The designs include work by Kowhai Knitwear's Janice Hopper and Ann Rupe (who is heard on the soundtrack). Rupe had won the Coat and Suit section at the New Zealand Fashion Showcase '69, aged 20. The Taniko motifs were painstakingly beaded or individually painted on to the garments, rather than screen-printed.

This collection, launched to honour 10 years of NZ Fashion Week, celebrates Kiwi fashion on screen. From TV showpieces (B&H, Corbans) to docos on designers; Gloss to archive gold, from Swannies to Split Enz, taniko to foot fetish ... take a stroll down the catwalk of our sartorial screen past. Beauties include ex-Miss Universe Lorraine Downes and a teenage Rachel Hunter.

During his last session on air, a veteran radio announcer (played by David Corbalis) finds himself on a quest through the streets and sewers. His mission: to retrieve a special record, in time to play it for a devoted listener. Signing Off was made by Nightmare Productions, a team of Dunedin filmmakers. The success of this comical, high energy short film helped lead to Scarfies, the feature debut of Nightmare team member Rob Sarkies (Scarfies, Out of the Blue). A big seller overseas, Signing Off won awards at film festivals from Dresden to Montreal.